LIFE IS AN OCCUPATIONAL HAZARD 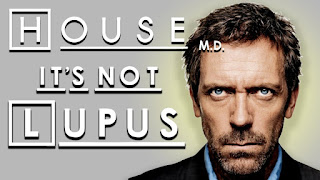 There’s a bug going around town.   The wife is a school teacher and has been fighting a bad cough and low-grade fever for the past week.   I’ve opted to sleep on the couch, to try to hold it off.   That and a lot of Lysol seems to be doing the trick so far.   Some on the office staff had kids home from school this week due to similar symptoms.   While we haven’t had the dramatic weather fluctuations that a lot of the rest of the country has seen in the past few months – with extremes of warm and colder days – we have seen some unusually cooler days later into April and a very active allergy season.   The air in an old building and no ability to open a window (on those rare days when it’s cool enough to do so) doesn’t help in knowing if it’s a cold, a virus or allergies.   By 3pm today, I found myself as literally the last person standing in the office.   The rest had succumbed to the bug.   Either that or found this a good excuse for an early start to the weekend.   With the
22 comments
Read more

THE TRUTH IS OUT THERE? 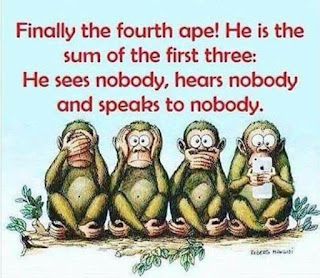 I posted the above image on LinkedIn earlier this week.   We’re all familiar with the famous image of the three seated monkeys.     The source of this popular pictorial maxim is a 17th-century carving over a door of the famous Toshogu shrine in Nikko, Japan. The carvings at Toshogu Shrine were attributed to Hidari Jingoro and believed to have incorporated Confucius’s Code of Conduct.   Together they embody the proverbial principle to ‘see no evil, hear no evil, speak no evil’. The three monkeys are Mizaru, covering his eyes, who sees no evil; Kikazaru, covering his ears, who hears no evil; and Iwazaru, covering his mouth, who speaks no evil. Sometimes there is a fourth monkey depicted with the three others; the last one, Shizaru, symbolizes the principle of ‘do no evil’. He may be shown crossing his arms or covering his genitals.   It’s said they represent the Japanese expression mi-zaru, kika-zaru, iwa-zaru, or ‘not seeing, not hearing, not speaking,’ in which the Japanese word
15 comments
Read more 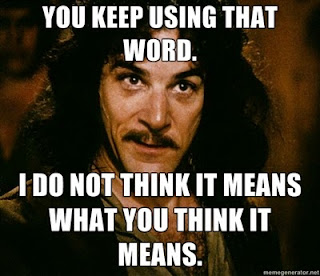 Over the past 30 years, I’ve have daily interactions with business colleagues across the globe and have had the opportunity to travel to many corners of the world.   I seem to have one of those faces that can easily blend in and across a lot of places and cultures.   The recent addition of the beard has only added to the repertoire.   That’s not always a good thing and can lead to misunderstanding.   As a typical American, I stubbornly only speak English.   You know how it goes, we Americans believe all that’s required to speak a foreign language is to speak English - only slower and louder.    That’s only managed to get me in more trouble in a lot of places.   My standard reply - when a shop clerk in Tegucigalpa or a waiter in Agadir start chatting in their native tongue -   is to say “sorry” and shrug my shoulders.   I guess that’s better than some who would instead glare back at the speaker and simply say “English!”.   I am honestly embarrassed about the Spanish thing.
11 comments
Read more

March 24, 2018
Most of yesterday (Friday) was spent on an 11+ hour flight from Cape Town to Munich.   Dead in the middle of the work day crossing time zones in Europe and the USA.     On a Friday, no less, which would normally see multiple dramas and here I was stuck without Wi-Fi access.   In our hyper connected world, it’s difficult enough to sit through a meeting or meal without glancing at our phones.   Eleven hours feels like a life time.   That was easily the longest I’ve found myself unplugged from the world for anywhere near that long midweek in probably five years.   When cut off from the world for this long, all matter of thought rattles around the brain - ranging from family emergency to missed business opportunities to losing an important client.   The lousy movie selection didn’t help calm the angst, as there was little to take the mind off the myriad disasters that could await me upon return to the connected world.   Running a small organization – one that has experienced a lot of
9 comments
Read more

It's All About Communications

March 15, 2018
If you're in a service business, you're in the business of communications.  Regardless of whatever else transpires in the transaction between you and your clients, the most important aspect of that transaction is providing timely information.  I can not tell you how many times I've heard clients or potential clients tell me that they can understand delays, breakdowns and damages, but what frustrates them the most is a lack of transparency and candor, when the proverbial "shit" does hit the fan.  At the end of the day, we all have someone to answer to and our client is - in turn - feeding updates to their client (whether in house or outside) and on down the line.  Failure to communicate increases frustration throughout the chain.  While the actual goods or services are important to a business transaction, customer service should be first and foremost about providing information.  It's as simple as the basic:  Where, Why and When.  The who and how should have al
6 comments
Read more